New home sales crush expectations, but the supply is running out 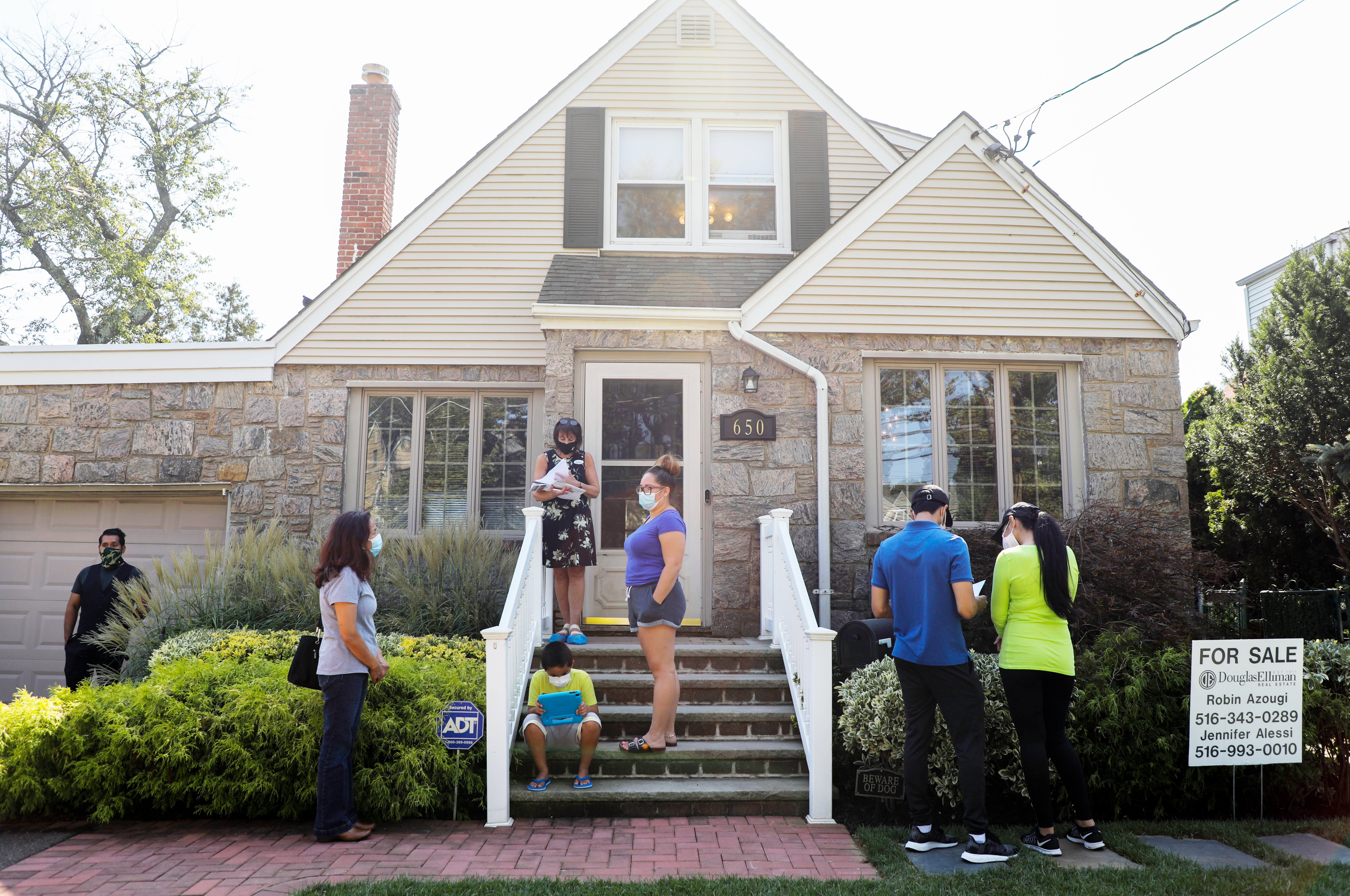 People wait to visit a house for sale in Floral Park, Nassau County, New York, the United States, on Sept. 6, 2020.

Exceptional demand for both new and existing homes, brought on by the stay-at-home culture of the coronavirus pandemic, has the housing market severely depleted.

Sales of newly built homes jumped to the highest level in 14 years in August, but builders’ supply dropped to just 3.3 months’-worth at the current sales pace. A 6-month supply is considered a balanced market. Supply was at 5.5 months in August 2019, according to the U.S. Census.

The situation is even worse in the market for existing homes. It’s down nearly 19% annually to a 3.0-month supply, according to the National Association of Realtors.

“Housing demand is robust but supply is not, and this imbalance will inevitably harm affordability and hinder ownership opportunities,” said Lawrence Yun, chief economist for the Realtors. “To assure broad gains in homeownership, more new homes need to be constructed.”

While the pandemic has created huge demand from buyers, it has done just the opposite for potential sellers. About 400,000 fewer homes have been listed for sale since the pandemic began, according to realtor.com. Potential sellers were concerned about safety issues in showing their homes and moving, and they were also worried about selling into a rough economy.

“The majority of sellers are also buyers, so even as new listings hit the market, another buyer is also added,” said Javier Vivas, director of economic research for realtor.com. “Adding to the inventory issues, thousands of previously vacant homes, such as second homes and rentals, have been re-occupied by their owners during the pandemic, effectively taking them off the market.”

Single-family housing starts rose slightly in August, according to the Census, up about 12% annually. That, however, is still lagging the current demand. The number of homes under construction was just 1% higher than a year ago.

Builders shut down operations in March and April, as the economy shuttered, and then they were largely blindsided by the soaring demand that surged back in May. They are now faced with a dwindling supply of finished lots as well as skyrocketing prices for lumber. That has some of the biggest builders actually slowing production.

“As we witnessed lumber prices accelerate throughout the quarter, we deliberately sold today’s current inventory and limited sales on tomorrow’s yet-to-be started homes,” said Stuart Miller, chairman of Lennar on the company’s latest earnings call, noting that the strategy was to be patient in order to keep construction costs low until home prices rose enough to offset those costs.

Prices for existing homes are now soaring, up double-digits from a year ago, due to this lack of supply. The median price of a newly built home sold in August was actually down about 4%, but that was more to do with the mix of homes that sold. Lower-priced homes are in far higher demand, especially from millennials now leaving urban apartments.

“All of the demand increase for homes in August came from the below $500,000 price point, particularly those priced below $300,000 where demand is the greatest,” noted Peter Boockvar, chief investment officer with Bleakely Advisory Group. “Below $300,000 is the sweet spot for the first-time buyer. Low rates are certainly helping but it is only offsetting the rise in prices.”

Three great alternatives to the iPhone 12