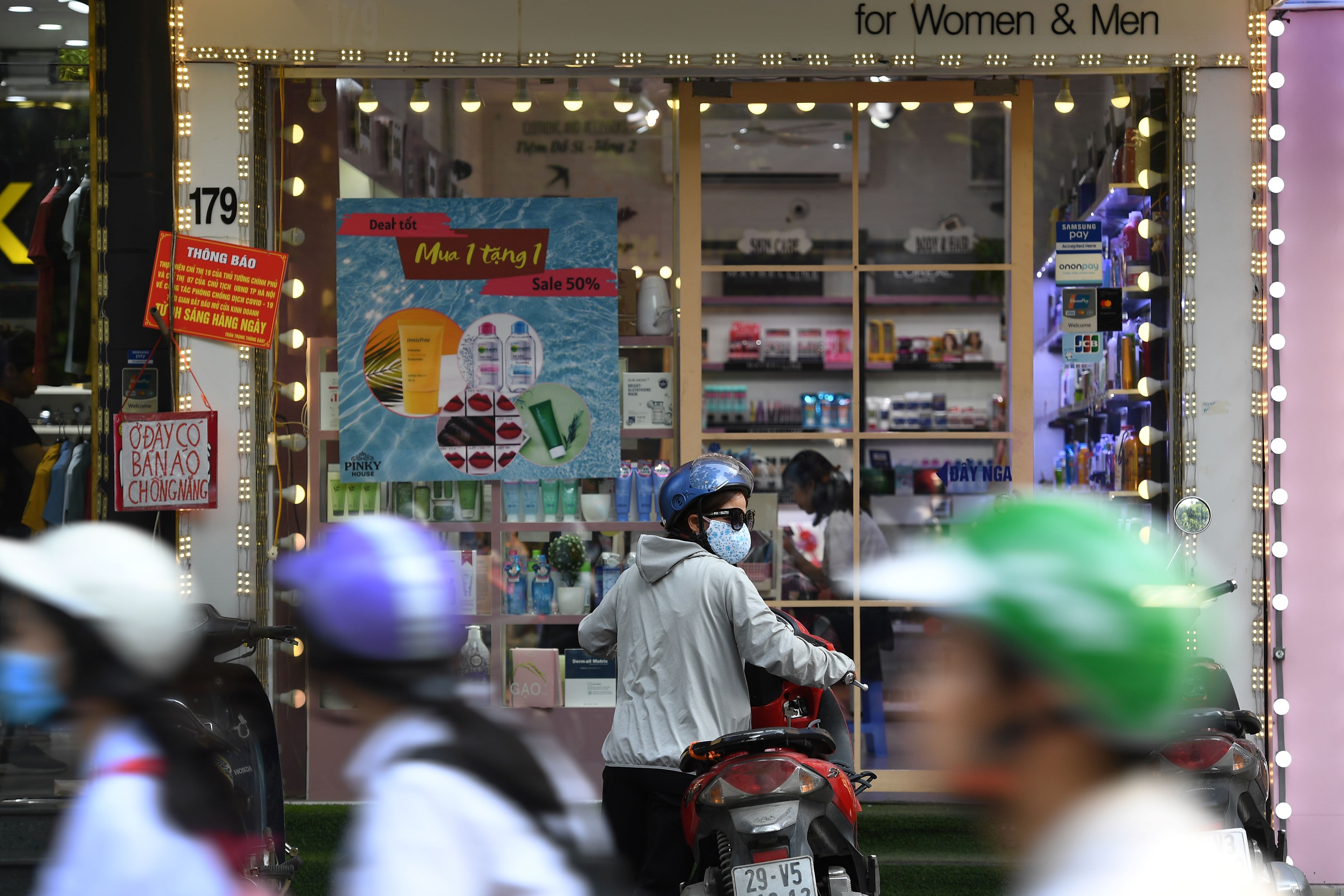 A woman leaves a cosmetics store in Hanoi, Vietnam on July 6, 2020.

Vietnam recorded its first two deaths from Covid-19 on Friday after winning plaudits worldwide for one of the most successful national responses to the pandemic.

The country of 96 million had gone 100 days without infection before an unexpected cluster of new cases of unknown origin surfaced in the popular central resort city of Danang a week ago.

A 70-year-old man became Vietnam’s first fatality from Covid-19 early on Friday, followed hours later by a 61-year-old man, the health ministry said. Both appear to have contracted the disease in Danang.

Hanoi started mass coronavirus testing on Thursday. By noon on Friday, 21,732 people had been tested in the capital, the Hanoi Centre for Disease Control said. Around 21,000 tested negative, it said, without elaborating.

Hanoi on Thursday also banned large gatherings and urged tens of thousands of domestic travelers to report to authorities. It shut bars and nightclubs, extending those closures to street food stalls and karaoke lounges from midnight on Friday.

The most recent cases were linked to three hospitals and two clinics in Danang, according to the health ministry, which overnight sent a task force of health experts, along with more than 1,000 health workers, to the city.

The task force includes 65 health experts who had previously helped fight coronavirus at other epicenters in Vietnam, the ministry said.

Authorities in Danang are building a 1,000-bed field hospital to ease the burden on the city’s hospitals, four of which are under lockdown following a series of cases there.

Some experts say Vietnam could be paying for complacency after its initial success stopping the virus, with normal service quickly resuming, face masks used less and domestic travel surging.

Danang had been inundated with visitors taking advantage of promotions to revitalize a tourism sector hurt by border closures and international flight bans.

The current wave is traced to Danang, but the source is unclear.

In addition to what public health experts said was a “textbook” pandemic response, Communist-ruled Vietnam had earned global praise for its openness and transparency.

But articles reporting the death of the 70-year-old man published on the websites of several state media outlets on Friday afternoon were initially deleted or moved further down the front page.

Some outlets published new articles shortly afterward which said the man had died from a heart attack and underlying illnesses, as well as Covid-19.

Prev post Investors got it right piling into Big Tech, but might need new catalysts to power stocks in August
Next post Are you really prepared for a money emergency? This is the financial first-aid kit you need to stock