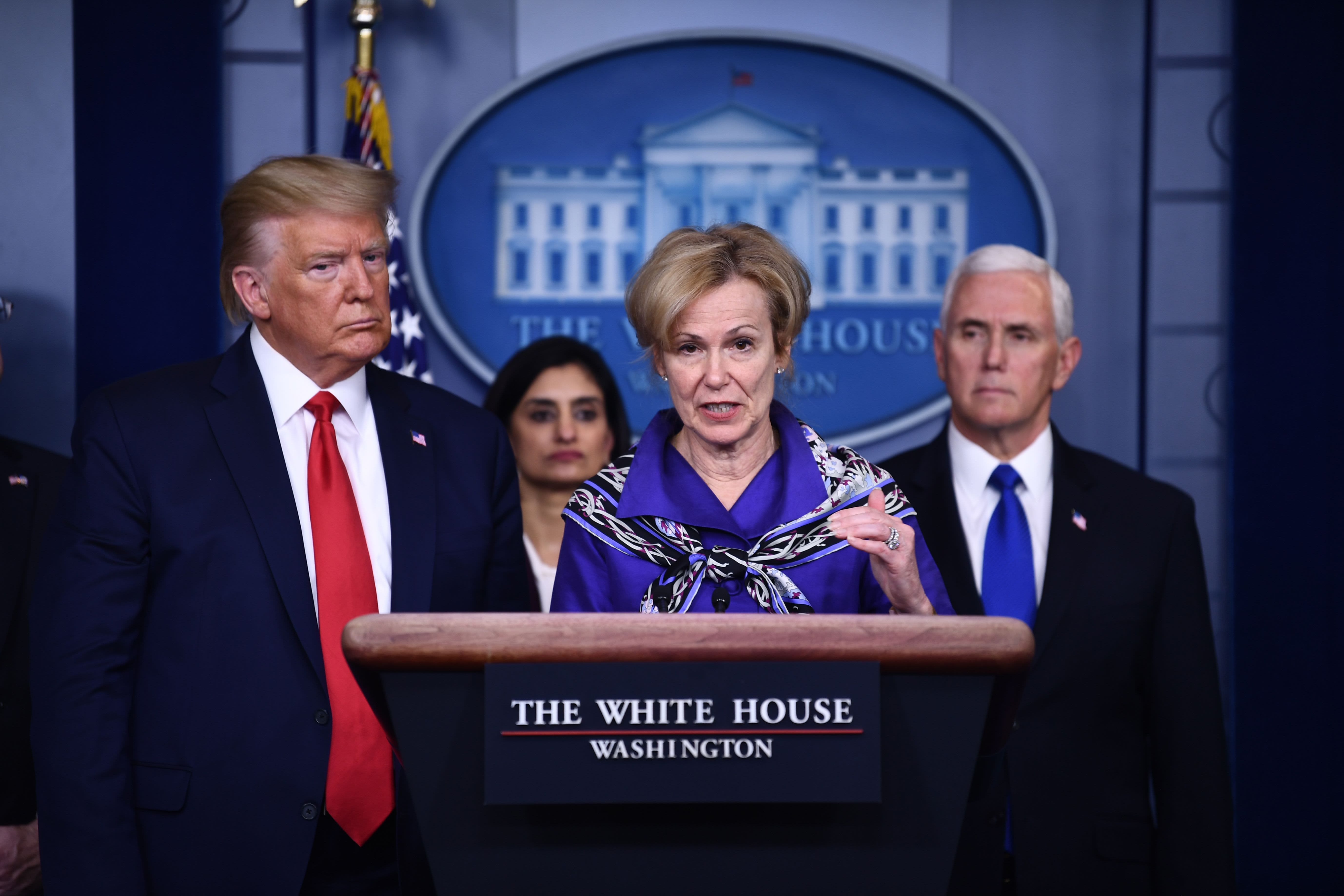 White House Coronavirus Task Force Coordinator, Dr. Deborah Birx, answers a question during the daily briefing on the novel coronavirus, COVID-19, at the White House on March 18, 2020, in Washington, DC.

Another big coronavirus outbreak like the one New York City is bracing for could “dramatically change” the death rate of COVID-19 in the U.S., White House coronavirus task force coordinator Dr. Deborah Birx said Friday.

White House officials earlier this week projected between 100,000 and 240,000 people will die from the coronavirus in the U.S. Birx said the mortality models are updated every night to take into account new data, which generally include how the disease is progressing in other countries, social distancing restrictions imposed by states and the rise in new infections.

The estimates currently project between 40,000 and 178,000 deaths, according to the data cited by Birx, who added that the average number of deaths is expected to be around 93,000.

“All of that can be changed by our behaviors, and all of that can be changed in a different way if we don’t follow those behaviors,” Birx said at a White House press briefing with President Donald Trump and other members of the coronavirus task force. “If another major metropolitan area ends up having an epidemic like the New York metro area, that could dramatically change, not the model, but the reality of the impact of this virus on Americans.”

The virus has spread rapidly throughout New York City which has more than 57,159 confirmed cases, accounting for more than 20% of all cases in the U.S., according to data compiled by Johns Hopkins University. New York City Mayor Bill de Blasio has warned that the influx of patients threatens to overwhelm the hospital system any day.

“About a quarter of all the cases in this entire country are right here in New York City,” de Blasio said earlier Friday. “And we’re the tip of the spear, and everyone I talk to in Washington acknowledges it. We’re about to hit a huge surge in these coming days. They all know it.”

The virus has begun to spread broadly elsewhere. Along with New York, New Jersey and Louisiana are experiencing “really rough” outbreaks of their own, President Donald Trump said.

‘Dumb money’ is fueling one of the biggest lies on Wall Street, researcher says