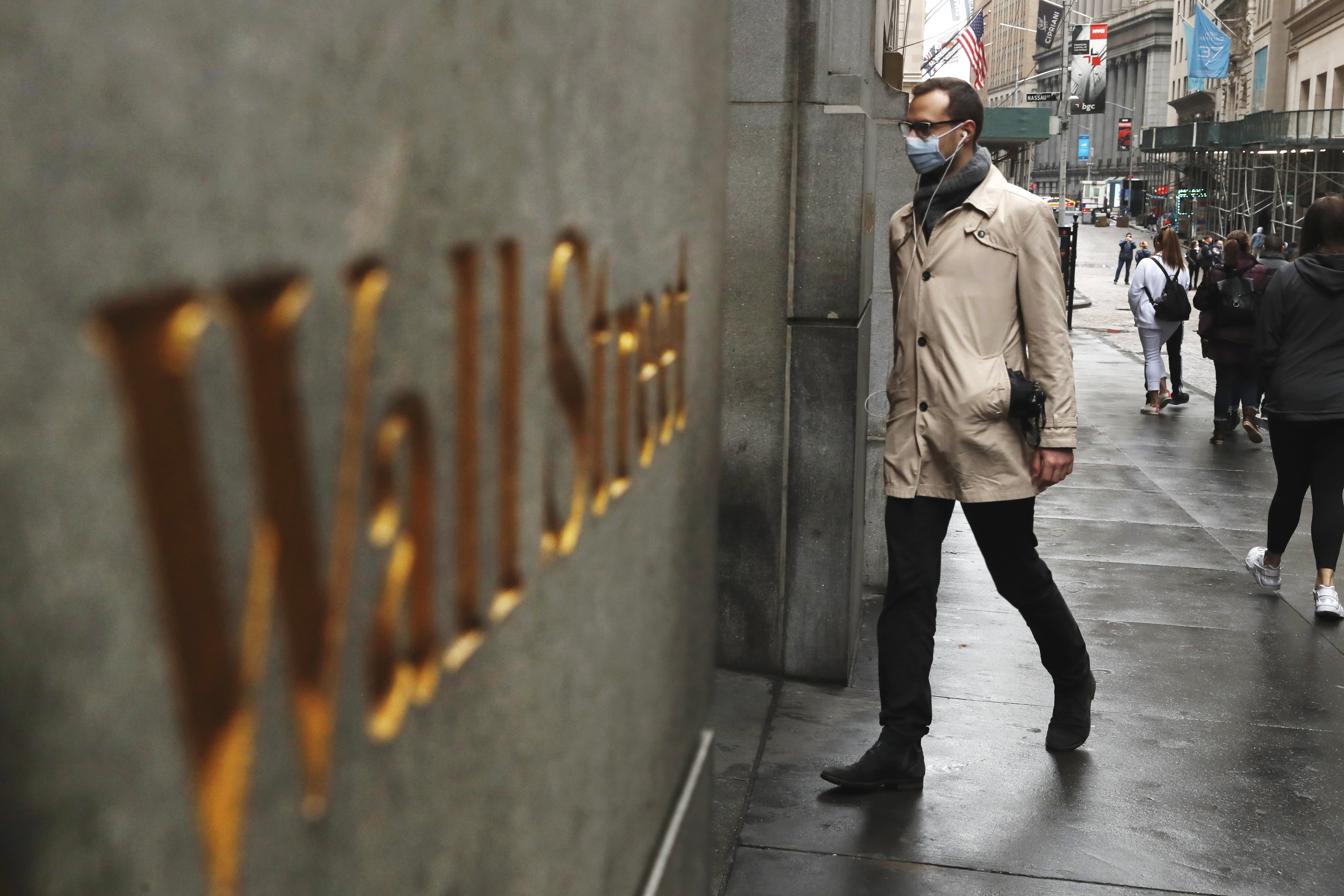 U.S. stock futures rose in overnight trading and pointed to gains at the open on Thursday, as markets try to rebound after kicking off the second quarter in the red.

Dow futures rose 335 points, indicating a gain of about 269 points at the open on Thursday. The S&P 500 and Nasdaq Composite were also set to open modestly higher.

Stocks posted steep losses on Wednesday to begin the second quarter, as the coronavirus outbreak continues to wreak havoc on global markets.

The utilities, real estate and financials sectors dragged the S&P 500 lower, while Boeing and American Express were the Dow’s biggest underperformers, falling 12% and 9%, respectively.

His comments came after President Donald Trump said Tuesday evening that the U.S. should prepare for a “very, very painful two weeks.” White House officials are projecting between 100,000 and 240,000 virus deaths in the U.S.

The coronavirus outbreak, which sent global markets tumbling in the first quarter, continues to act as a headwind for the market as investors grapple with the ongoing uncertainty around how long the economy will be closed.

“While April will be an extremely volatile month in terms of both the news flow and stock market reactions, I do think many are anticipating this,” Bleakley Advisory Group chief investment officer Peter Boockvar said Wednesday. “What is not priced in I believe because it’s obviously hugely unknown is what is on the other end come May. How contained will this virus spread be by then? To what extent will things begin to reopen, if at all?”

“While we have not seen announcements yet, dividend cuts could be on the horizon for U.S. companies,” said New York Life Investments multi-asset portfolio strategist Lauren Goodwin.

“With a heavy hit to revenues, businesses may opt to prioritize employees and lower borrowing loads over paying dividends. This could present a risk for equities. Announcements of temporary (1-2 quarters) of dividend cuts could be priced in, but longer cuts would likely contribute to negative sentiment,” she added.

Amid the market rout, Congress passed a massive $2 trillion stimulus package in an effort to halt the economic slowdown caused by the pandemic. Already, there are calls for even more stimulus.

Boston Federal Reserve President Eric Rosengren said Wednesday that Congress likely will have to deliver more stimulus to help those at the lower end of the economic spectrum and to boost small business.

Unemployment is likely to “rise pretty dramatically over the next couple of months” and the economic damage won’t abate until the coronavirus is brought under control, he said. “I don’t think we’ll turn a corner until people feel comfortable taking mass transit again,” he said.

Subscribe to CNBC PRO for exclusive insights and analysis, and live business day programming from around the world.

Prev post Tesla could help make lithium ion batteries for ventilators to help fight COVID-19, says ResMed CEO Mick Farrell
Next post A meal worth millions? Have a look at the 'World's Most Exclusive Dinner'